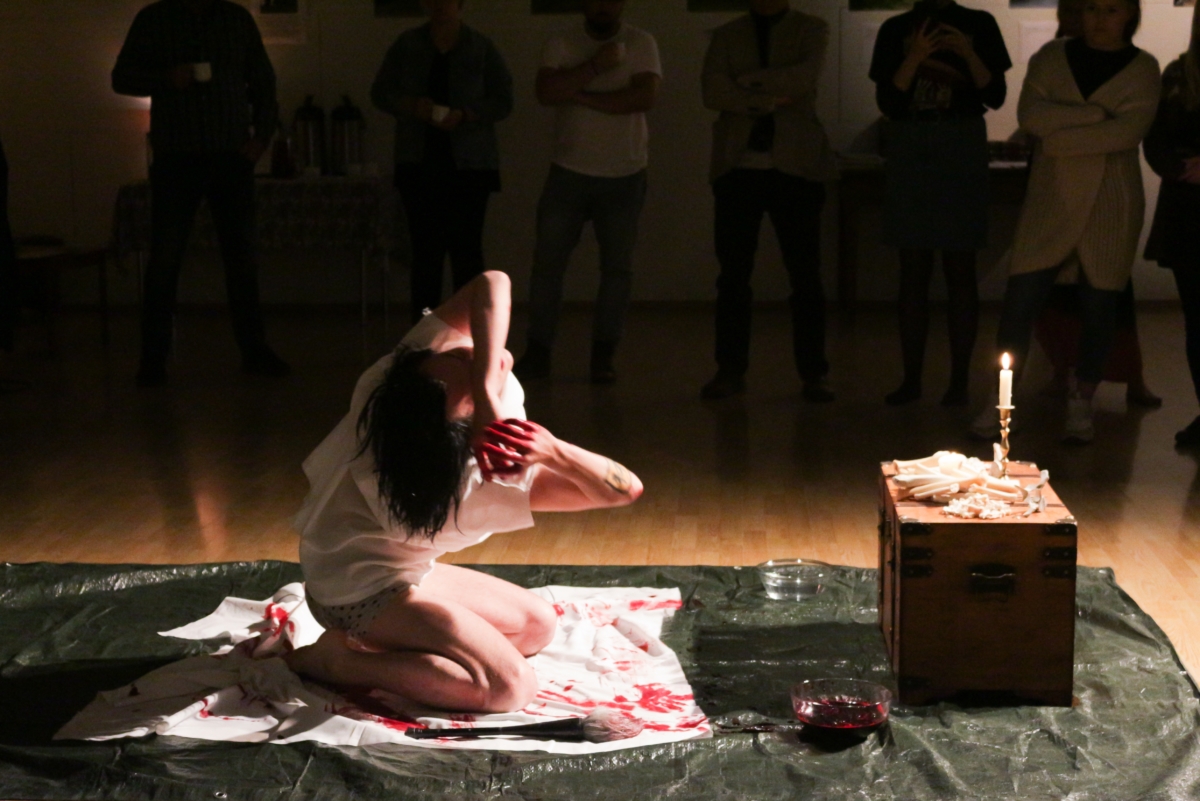 “an artist is uninterruptedly present in his inherent environment, constantly shifting between the two realities.
the artist who surrenders and admits to his own art, shall receive endless suffering, but a limitless spirit, and will ultimately be relieved from his demise.
he who refuses his world will choose the death of his inner artist. without his interior, the man has no worth and will therefore cease to exist”

the piece explores an artist’s inner artistry and the perception of artists in the society.
it also draws immediate parallels to the infamous witch hunts (det stora oväsendet) in the 17th century sweden.

inspired by japanese mythology, the performance tells the ancient story of birth, death, suffering and rebirth while correlating it to modern society.

“as an artist, i have responsibility to explore and develop conceptual interpretations of life and death.
researching ancient philosophies deepens the understanding (or misunderstanding) of existence and allows me to drift ambivalently, but consciously through purposes and ideas.
it is then my job to compose or formulate these concepts into an apprehensible medium.”

the story:
izanagi and izanami– primordial gods in the shinto religion – believed to have created the islands of japan, and given birth to many of the other shinto gods (or kami).

the birth of one of the gods came at a certain price though. izanami was terribly burnt when she gave birth to the fire god kagutsuchi and it is said that many kami were born from her tears as she suffered in pain from her injuries until finally, she died.

izanagi – left in deep sorrow, and unable to live without his beloved wife, rashly followed her down into the underworld (yomi) to bring her back to life. he was unable to rescue izanami as she had already eaten food of the underworld and so was forbidden from returning to the realm of the living.
izanami pleaded with the gods to be made an exception of and made izanagi promise that he would be patient and not try to see her in her present state.
the process of release was long however, and izanagi grew impatient. he betrayed his promise not to look at her and lit up a fire, only to find that izanami was now a rotting corpse eaten by maggots.

izanami got furious at her husband for breaking his promise and seeing her in such horrific state.
to avenge her shame, izanami dispatched the gods of thunder (yakusanoikazuchi), the “hags of yomi” (yomotsu-shikome), and a horde of warriors to chase after him.

when izanami herself came in pursuit of him, izanagi escaped and covered the entrance to yomi with an enormous boulder, thus sealing his wife in the underworld and breaking their union.

though escaping unharmed from such a terrible place of darkness he felt contaminated by the impurities of the underworld and had to perform a cleansing ritual in the river.
during these rituals various gods were born:
the sun goddess amaterasu was born from his left eye,
the moon god tsukiyomi from his right eye,
the storm god susanoo was born from his nose
and shina-tsu-hiko, the god of wind was born from his breath.

in reference to this episode, the practice of harai or cleansing before entering a sacred shrine has become an important part of shinto ritual, also in modern time. 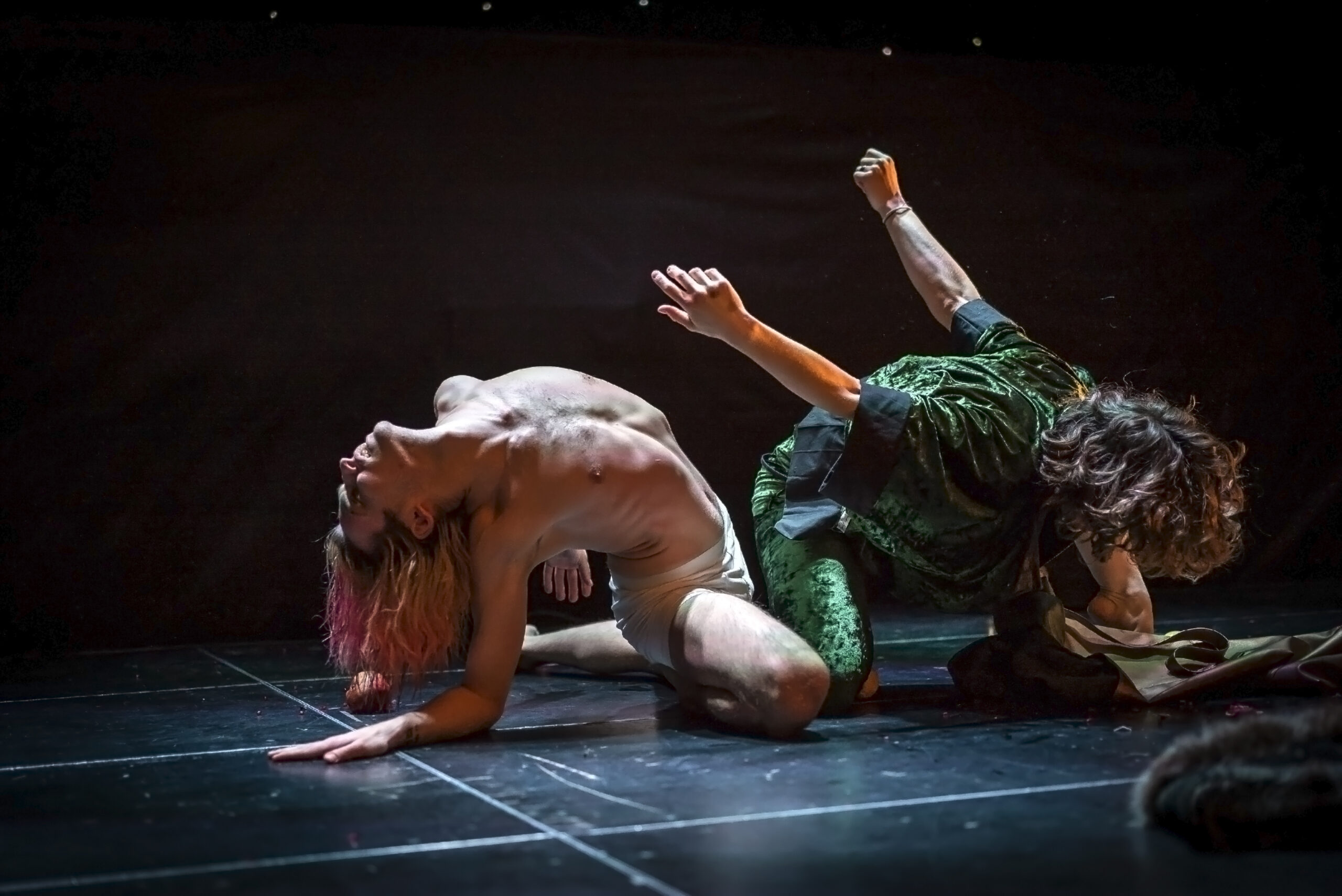 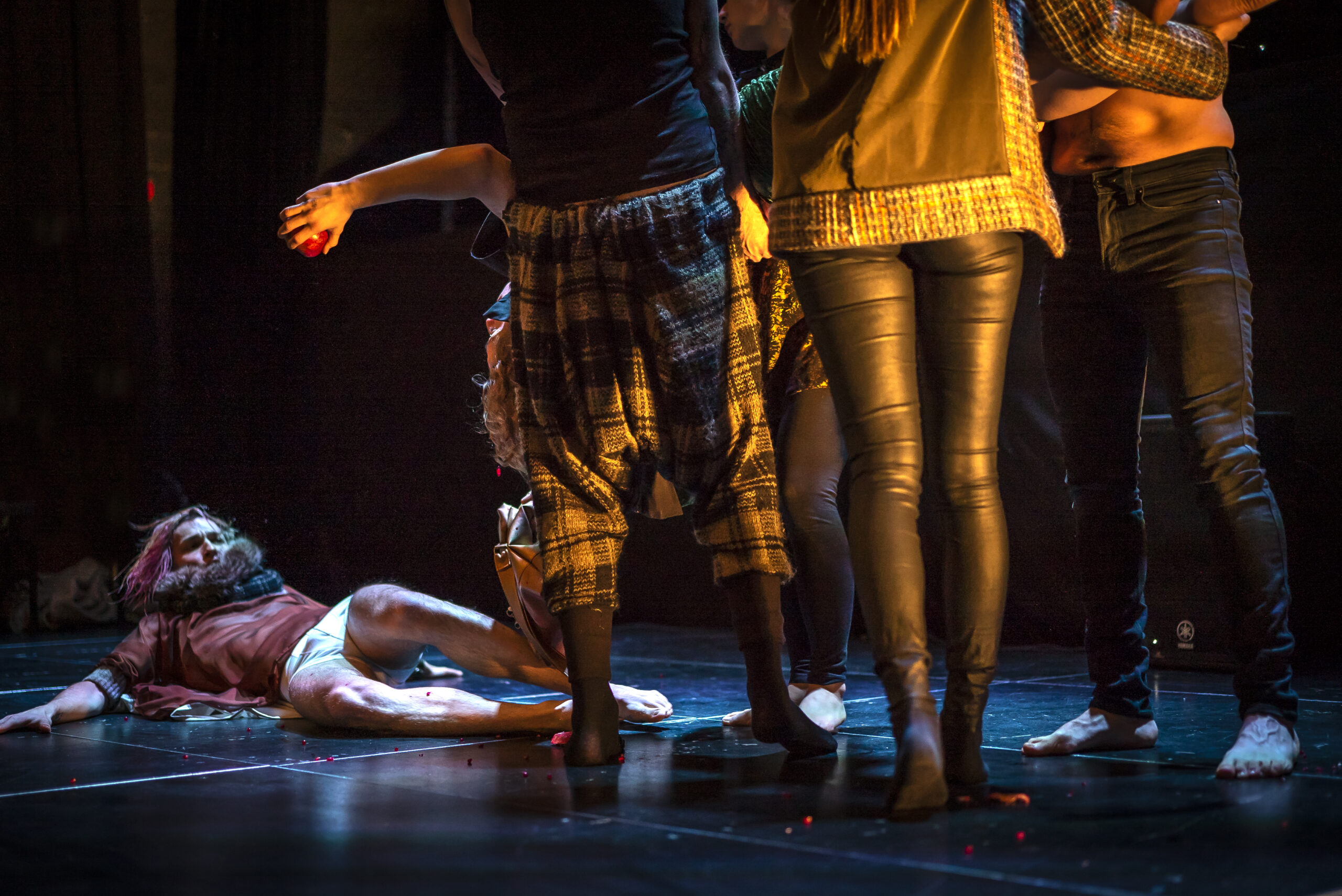 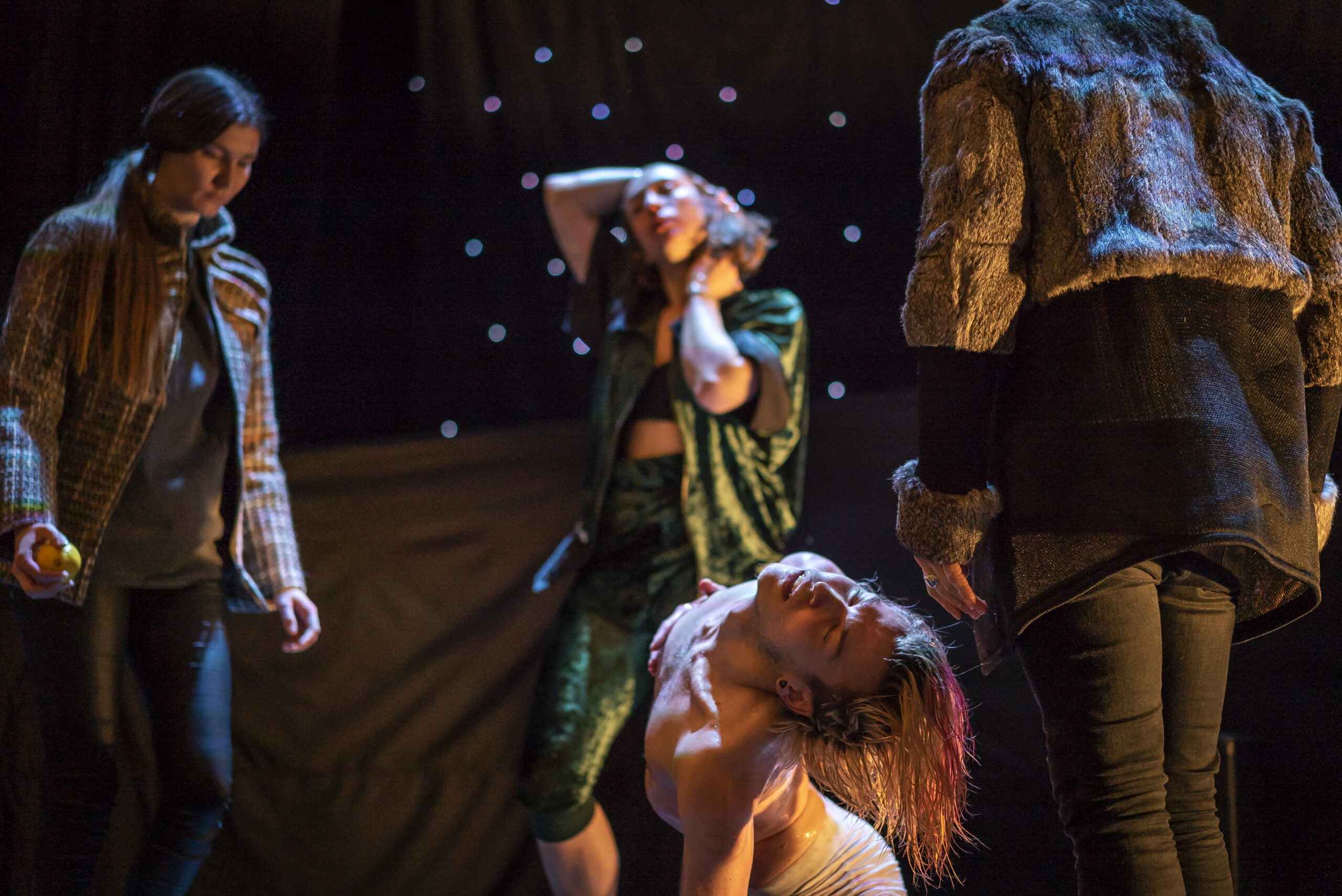